While I didn't sit down and make many complete pieces in 2018, I brought my sketchbook with me everywhere, and managed to draw a lot anyway.

I took up the habit of sketching regularly this term, and also got the other co-op student on my team on board. 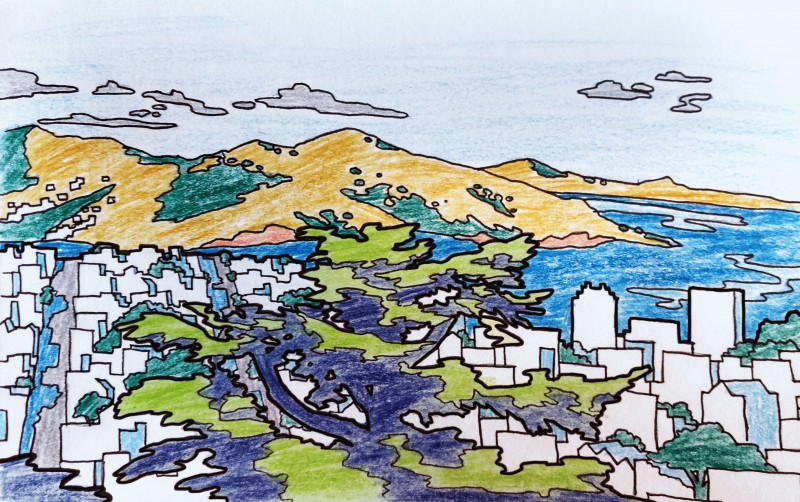 A view of San Francisco from atop Buena Vista Park. 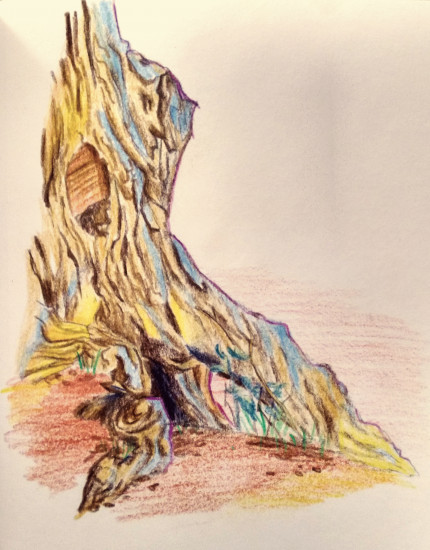 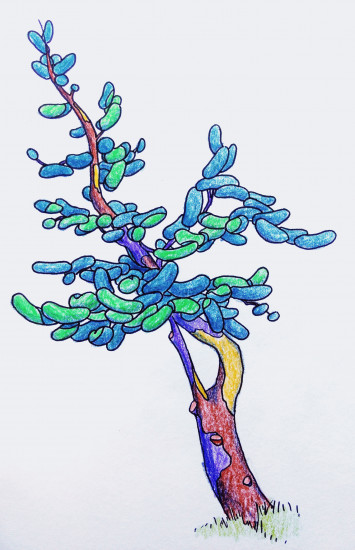 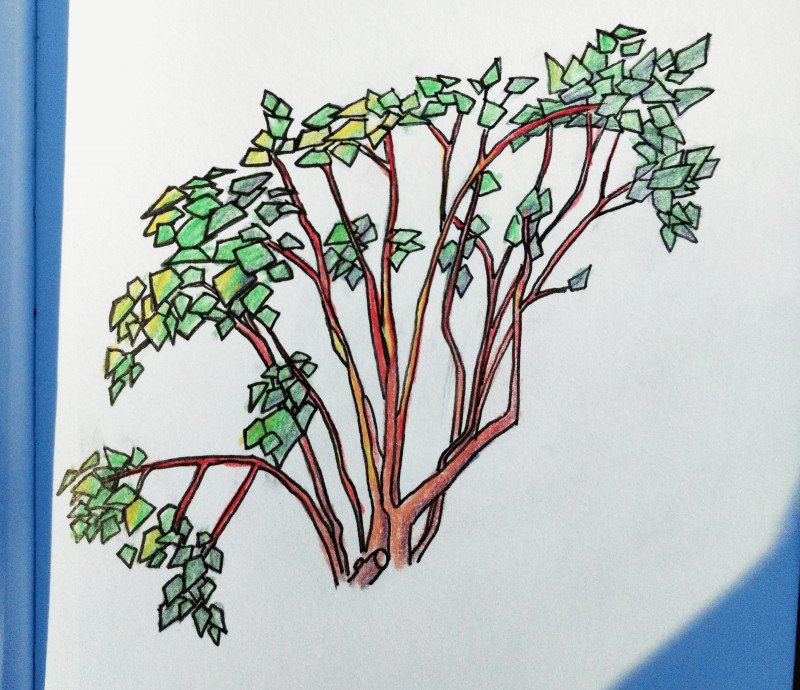 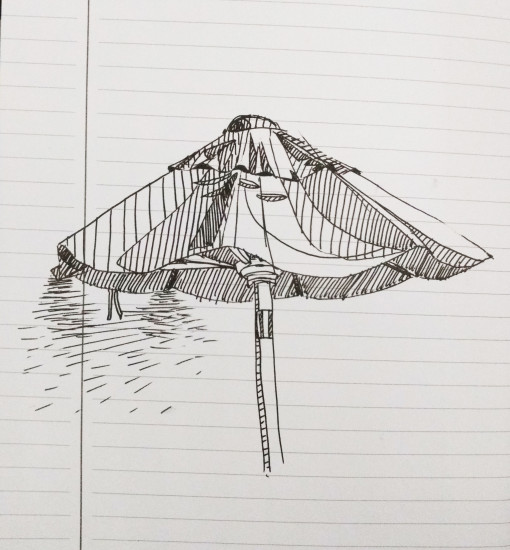 An umbrella in the back of the Sextant cafe, San Francisco. 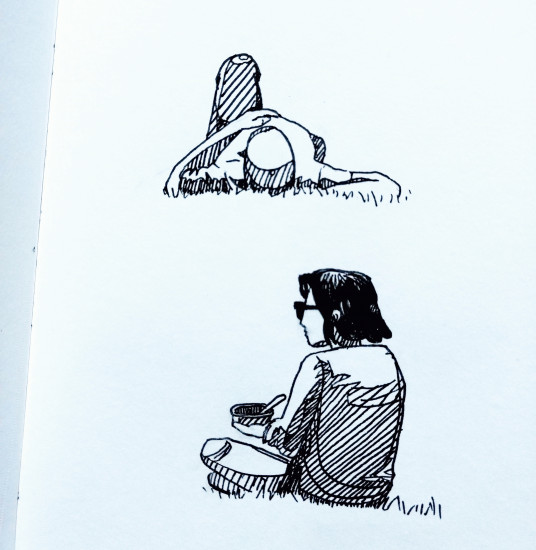 4A Term at the University of Waterloo, May-July

In this term, a friend of mine and I thought up weekly drawing prompts to motivate each other to keep drawing throughout the term. Between that and sending postcards to friends, this fuelled most of my summer drawing. 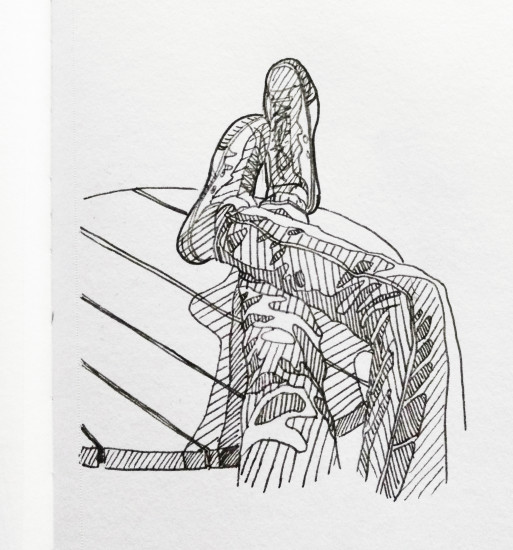 A lazy day on the MC balcony in Waterloo. 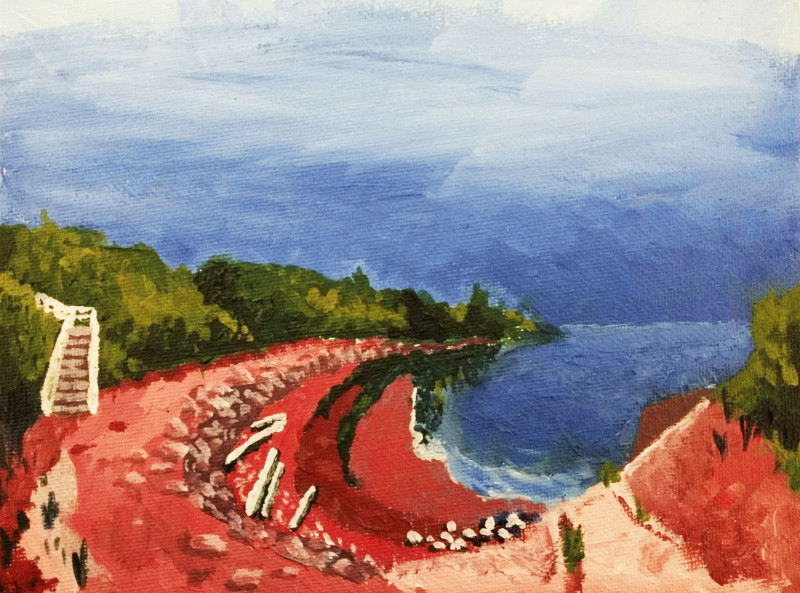 An acrylic painting of a beach in Victoria. 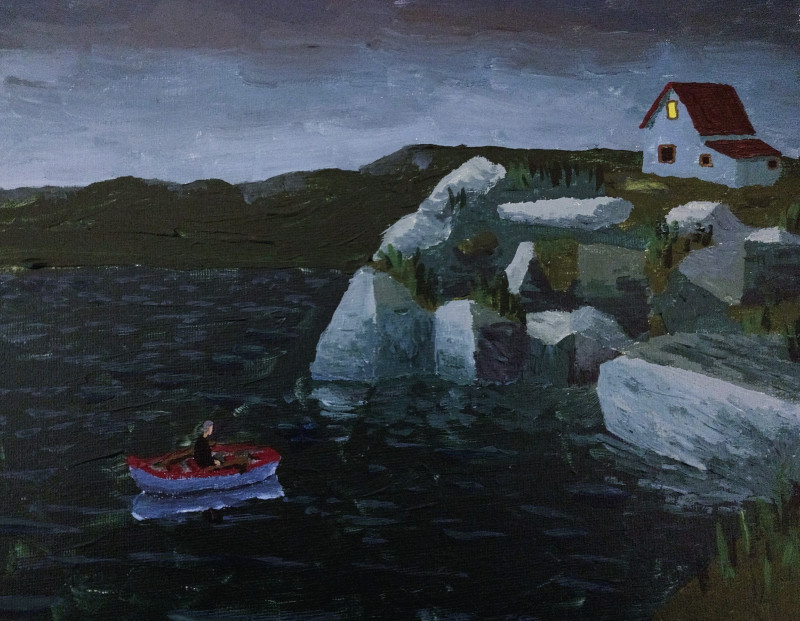 An acrylic painting of a Maritime scene, inspired by the book Sweetland by Michael Crummey. 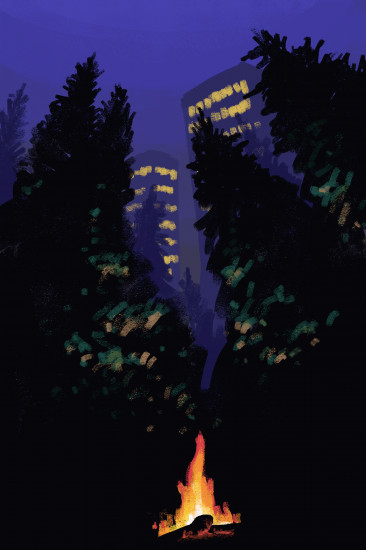 A digital painting created while listening to Take the Night Off by Laura Marling. 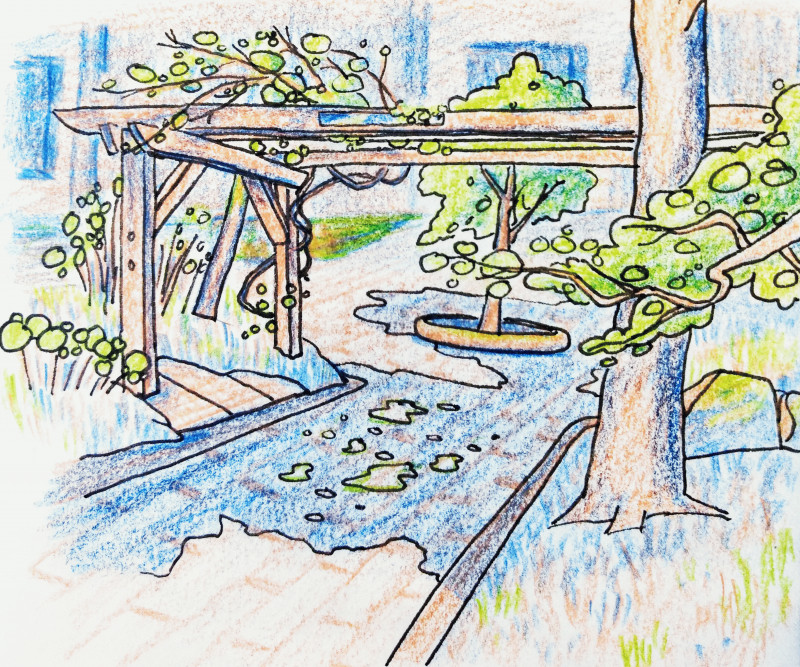 The walkway through the rock garden at the University of Waterloo. 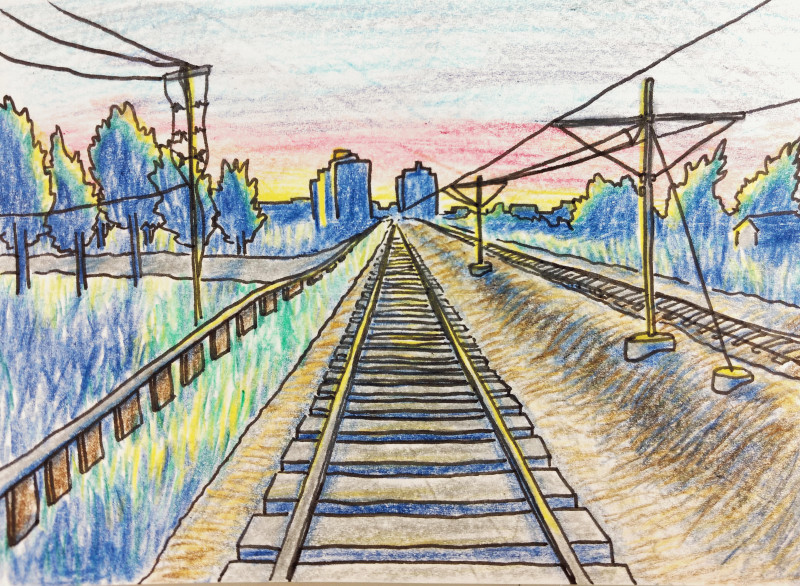 The train tracks through Waterloo Park. 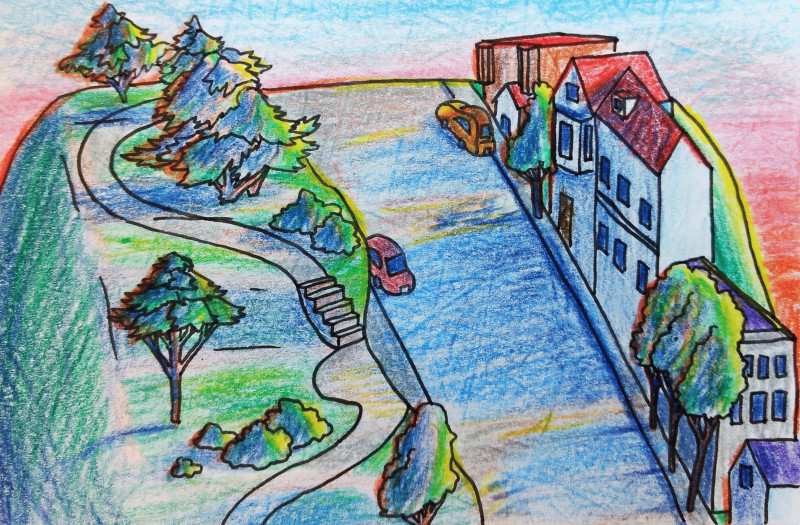 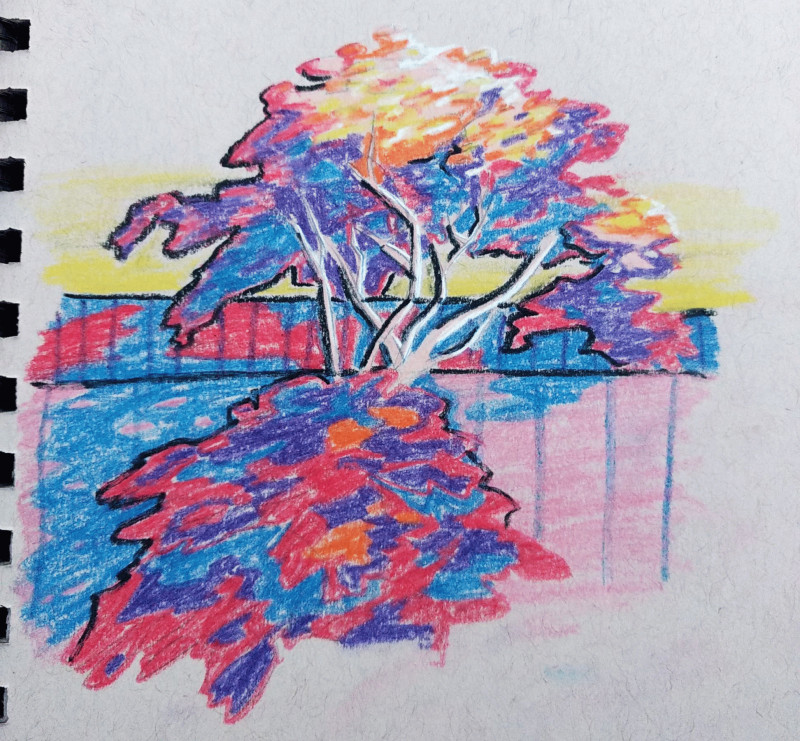 A tree in the Arts Quad at the University of Waterloo. 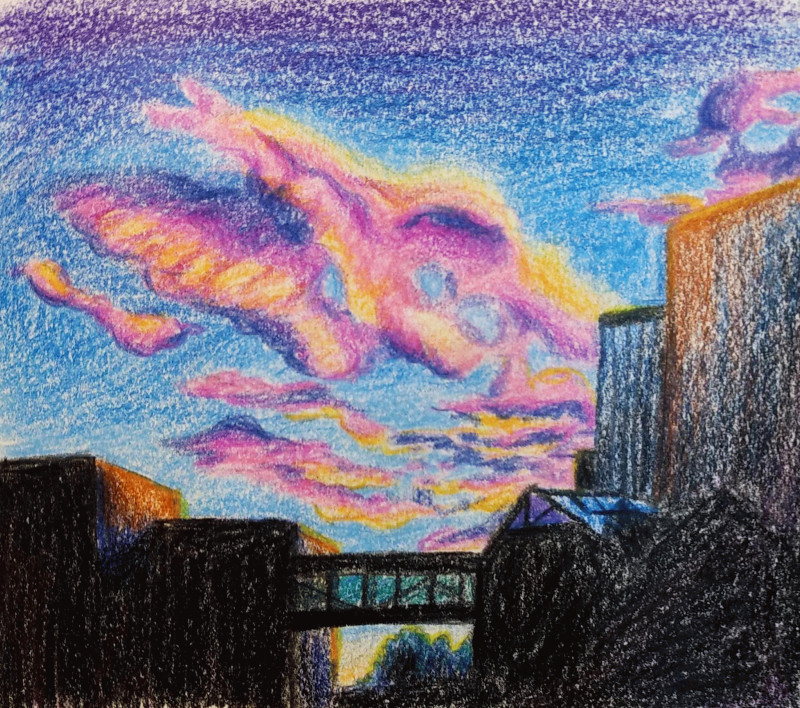 The back of the Science Teaching Complex at the University of Waterloo.

Turns out I was busy with work, my fourth year design project, and grad school applications, so I manage to draw zero things!

With work finished and friends around, a few last pieces materialized at the end of the year. 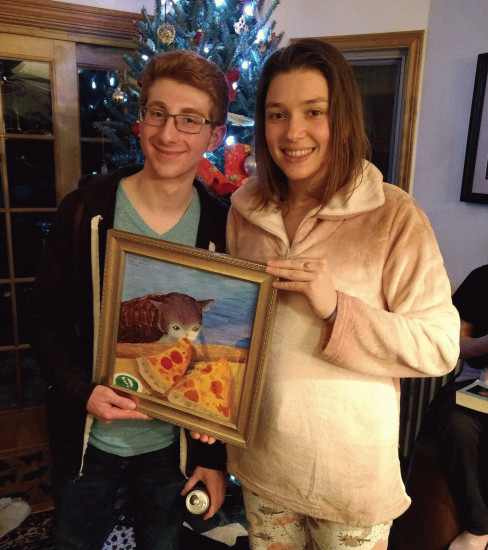 A painting of a sad cat eating pizza made by Mitzi and me, given out at a Christmas gift exchange. 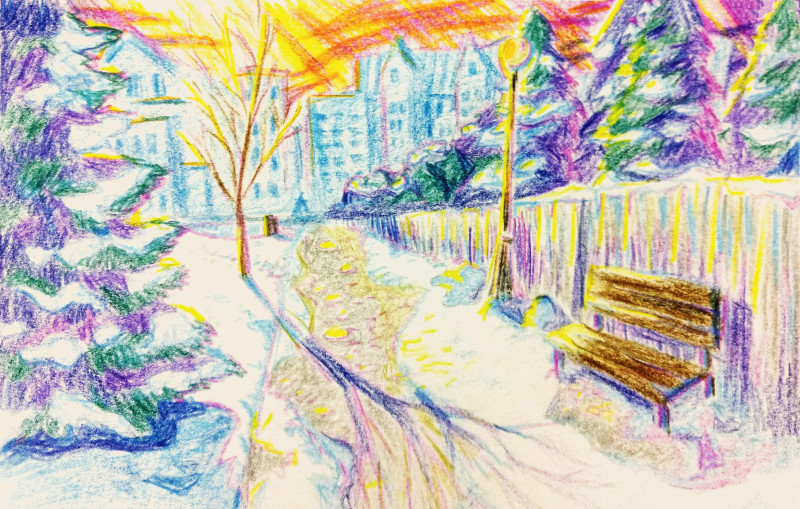