I went to Mountain View, California for a hackathon. For the uninitiated, a hackathon is where you spend a day or two programming nonstop making a project (hacking as in "hack together something cool", not hacking as in "let's hack into some government databases".) The one I went to was run by Y Combinator, a startup incubator responsible for companies like Dropbox and Shopify. I got a bunch of free t-shirts and small plastic dinosaurs and stuff while I was there from established startups that were there as sponsors. 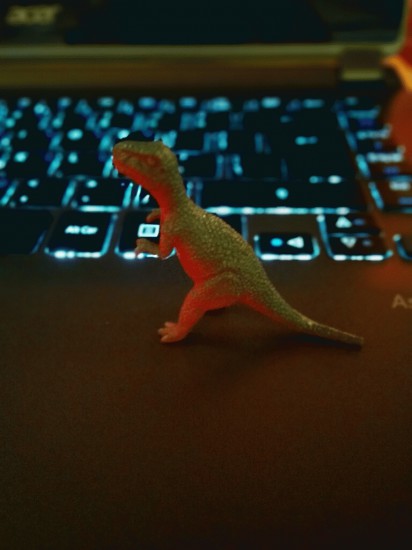 The aforementioned plastic dinosaur, offering me distraction while on a break from programming in the middle of the night.

Me and two of my friends built a tool to help you decide what programming resources to learn next to help fight the problem where you go to look up something cool to make, and get overwhelmed by how many directions you can go. It's not super great but given we spent around 24 hours of nonstop work on it on not much sleep to begin with, I'm proud of the result.

The guy who won the whole thing built a malaria blood test using two iphones. Once a blood sample is mounted on a slide, one iphone is used as a backlight for the slide, and one takes a photo of the slide. Then, a computer vision/machine learning algorithm figures out which cells are red blood cells and which are malaria cells with a stunning 5% margin of error (and this error is proportional to the resolution of the photo given, so it has the potential to get even better.) There were lots of ideas at the hackathon, but a few of them, like this one, just really blew my mind.

Then after the hackathon I toured around the Google campus a bit (my friend works there for her university co-op term) and I flew back to Ottawa. The flight was horrid and took around a day in total after getting stranded in the Chicago airport after a combination of mechanical failure, bad weather, and bad service from United Airlines (they said they booked me a ticket and then somehow didn't actually do it right so I wasn't on the flight. Damn.) 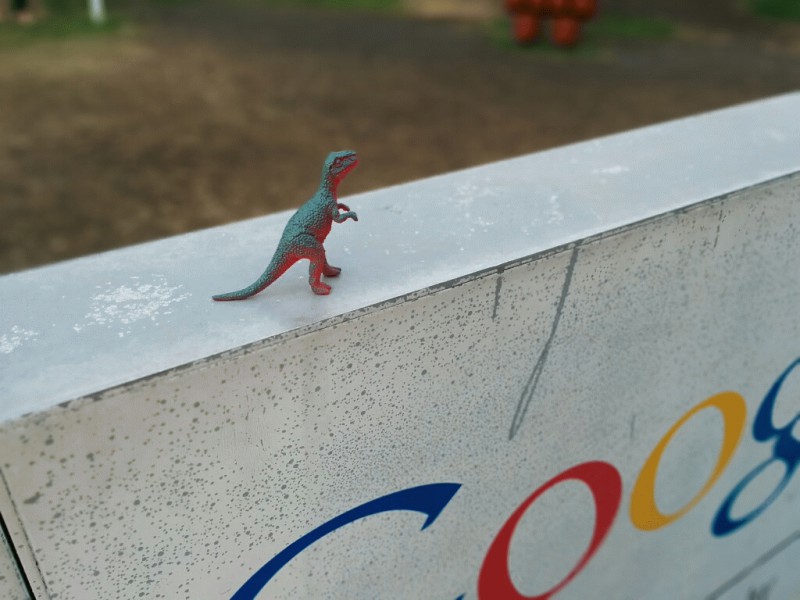 The dinosaur visiting the Google sign in front of the Android building.

I'm back now and I'm preparing to go to school at the beginning of September. If anyone is in southern Ontario September 19-21 and want to do a hackathon, you should go to Hack the North. I'll be there!