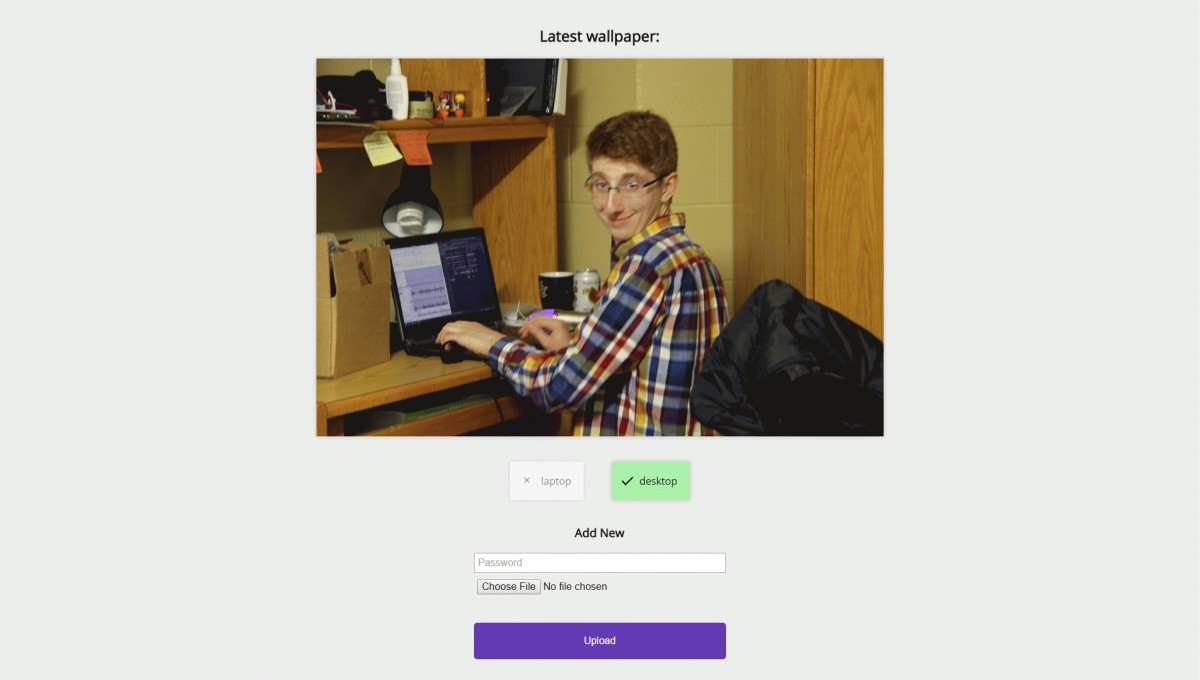 A joke I'm playing on my sister where I remotely change her wallpaper to pictures of me.

See the past wallpapers and web interface here: https://www.davepagurek.com/stuff/wallpaper

So my sister is seven years younger than me. I thought it might be weird for her not having me in the house once I left for university so I decided to play this joke on her where I repeatedly change her wallpaper to pictures of me instead.

I started first by changing her wallpaper while I was in the house, so she thought I was physically sneaking into her room at night to change her wallpaper. Passwords were changed but the wallpapers still arrived. I laid low for a week or so after going to Waterloo to lure her back into a false sense of security and then made the wallpapers come back with a vengeance.

Since then, the surprise of having my wallpapers arrive has warn off, so the fun exists mostly in picking interesting photos and selfies to set her wallpaper to. I showed her how the whole thing works and she implemented her own version to change my dad's wallpapers.