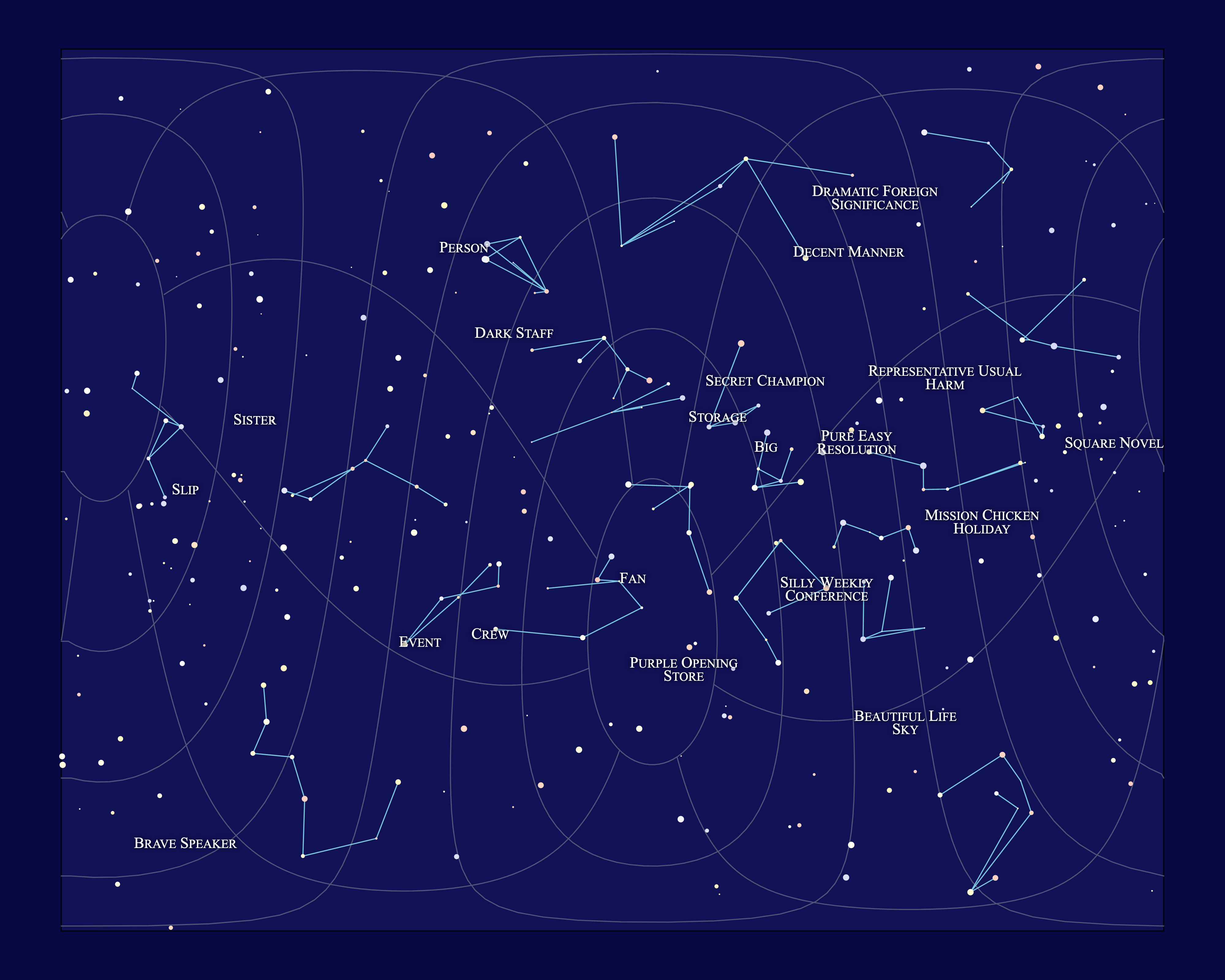 This is an entry for @sableRaph's weekly creative coding challenge. The theme for this week was maps, so I made some generative star maps.

The grid background works by choosing a random 3D orientation for a sphere. Then, imagine drawing longitude and latitude lines on the rotated sphere. For each point on those lines on the surface of the sphere, I calculate the normal of the surface at that point. That normal is sent through the formula I would normally use when doing sphere mapped reflections to map a surface normal to a 2D coordinate on a texture, which I'm using here to draw a texture as opposed to reading it like usual.

Constellations are created by growing a tree of stars, which themselves are points sampled from a Gaussian distribution.

This part is pretty simple. I got a list of common English nouns and adjectives, and draw from them randomly. Possibly the simplest part is the most entertaining!

If I were smart, I would have generated distinct regions of the map using something like Voronoi cells, and then found constellations within each cell so that they wouldn't overlap on the map. This would make placing labels easier.

However, I did not do that. Instead, I ended up with this complicated optimization problem:

I first tried using a linear programming solver without too much success, and eventually implemented a genetic optimization algorithm. It uses the Metropolis-Hastings algorithm for Markov Chain Monte Carlo sampling of the mutation space.

At a high level though, here is the big idea:

...and this ended up working out pretty well!